Ongoing Research
[Graduate students and collaborators are listed in brackets]

Reliance on marine vs. inland foods, and on different wetland types, by sea ducks nesting in climatically warming Arctic tundra

Long-tailed Ducks and King, Spectacled, and Steller’s Eiders spend most of the year at sea, but return to tundra wetlands to nest and raise their broods. For egg-laying and incubation, the large-bodied King and Spectacled Eiders are believed to depend mostly on nutrients stored during their time at sea, whereas the small-bodied Steller’s Eider and Long-tailed Duck are expected to depend more on foods in local wetlands. Both offshore and onshore habitats are increasingly threatened by industrial development throughout the Arctic. Thus, it is increasingly important to know what habitats are being used to acquire nutrients for egg production and incubation, and where the birds are exposed to contaminants that sea ducks are accumulating at high levels. Based on stable isotopes in egg membranes vs. marine and inland prey, this study will indicate the environments used for pre-breeding conditioning by sea duck species with differing body size, wintering location, migration distance, and contaminant loads.

We are also identifying suitable nesting areas to offset progressive habitat loss and refine population surveys for sea ducks on the Arctic Coastal Plain.  We are using machine-learning models to assess nesting habitat use by eiders at various spatial scales.  Nest site selection occurs at a range of spatial scales, from the specific nest location in a smaller area to the overall selection of a wetland complex or region.  By simultaneously assessing selection across scales, the range of characteristics critical to site selection will be identified.  We intend to use classification models to determine the relative quality of nesting habitats on the landscape for each eider species, starting with the localized region within our study area, and progressively expanding the spatial coverage of models to the entire Arctic Coastal Plain.

Permafrost landscapes of the U.S. Arctic Coastal Plain contain many wetlands which support abundant waterbirds.  However, invertebrate prey communities may change with climate warming.  Increased influx of nutrients and labile dissolved organic matter (DOM) from thawing permafrost may alter the relative importance of organic matter (OM) sources, with associated changes in relative biomass of taxa dependent on different sources.  In six wetland types, we are using stable isotopes (δ13C, δ15N) to compare contributions of four OM sources – epipelic microalgae, cyanobacteria, macrophytes, and peat – to the diets of eight macroinvertebrate taxa.  Results so far indicate that impacts of warming on invertebrate prey availability will likely depend not on shifts in OM sources, but on changes in overall area or number of shallow ponds. 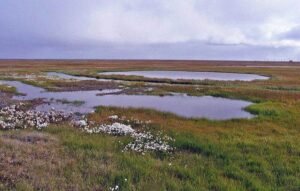 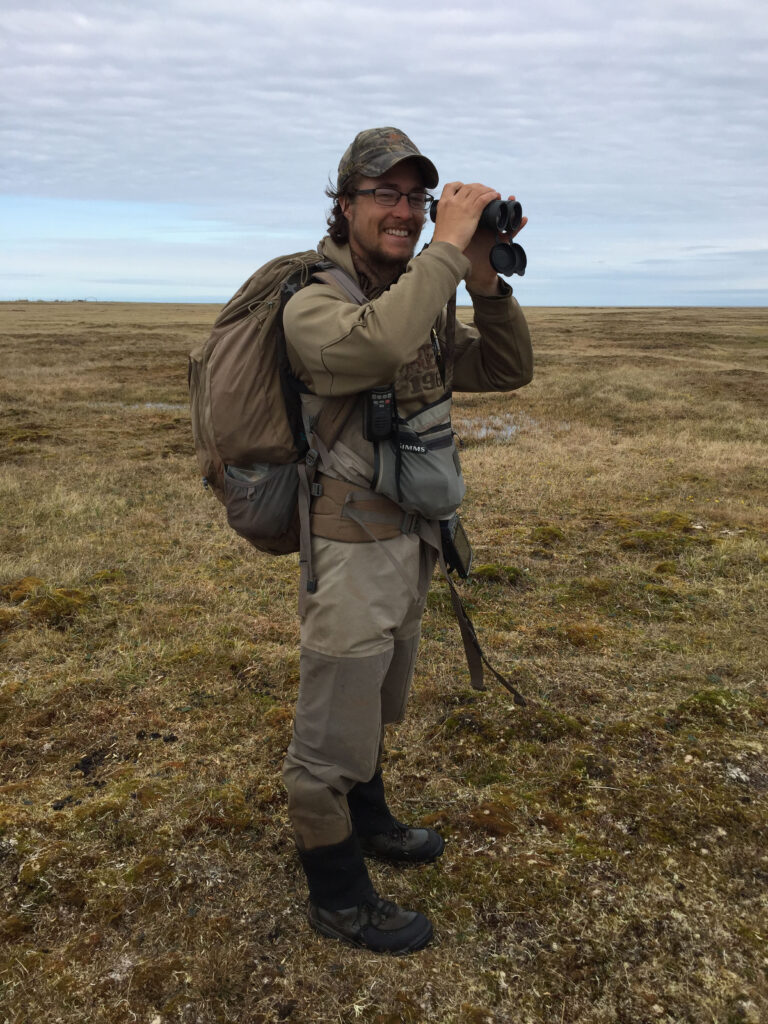 Physiology and climate in keystone prey: effects of changing food and temperature on the energetics of infaunal bivalves

Models to project the effects of climate change on aquatic invertebrates typically depend on estimates of metabolic responses to increasing temperature. However, many studies suggest that invertebrates show greater metabolic response to availability of food than to temperature per se. Moreover, most respirometry studies of deposit-feeding invertebrates have removed the animals from the sediments in which they live and placed them in empty experimental chambers – this protocol likely results in unreliable metabolic responses. Unfortunately, measurements of oxygen consumption of animals embedded in their sediments are confounded by respiration of sediment bacteria. This study will use enzymes of the electron transport system to assay the oxygen consumption of bivalves buried in sediments of varying organic content at different temperatures. This method will yield more realistic measurements for these critical prey of many top predators, and better account for factors affecting their response to climate change. [Tony Roberts (student), Jim Lovvorn, Marjorie Brooks]

Long-term variations in irrigation deliveries to wetlands in the Laramie Basin, Wyoming, and effects on diversity of wetland communities

In the semiarid western United States, wetland communities commonly depend on the amount and frequency of water they receive from intensively managed irrigation systems. Because of western water laws, allocation of water to each headgate and property throughout an irrigated watershed is often quite predictable from inputs derived from snowpack in surrounding mountains. Legally prioritized allocations of water have in many cases not changed since human settlement in the late 1800s. In a typical irrigated western valley, the Laramie Basin, Wyoming, our studies have shown that the structure of wetland food webs differs greatly with the frequency of water deliveries, owing to resulting variations in salinity and drying to which different taxa are differentially sensitive. Variations in wetland assemblages include differences in species and structure of vegetation, relative production by plants and algae, and the relative abundance of invertebrate grazers and their invertebrate, fish, and avian predators. Understanding how varying water deliveries maintain the diversity of wetland complexes is critical to sustaining wetland habitats as snowpacks decrease and growing human populations demand more water. This study will be the first to analyze long-term data on irrigation deliveries to wetlands throughout an intermountain basin to evaluate how varying climate affects regional wetland diversity. [Jim Lovvorn]